Why Is So Much Paperwork Required to Get a Mortgage? 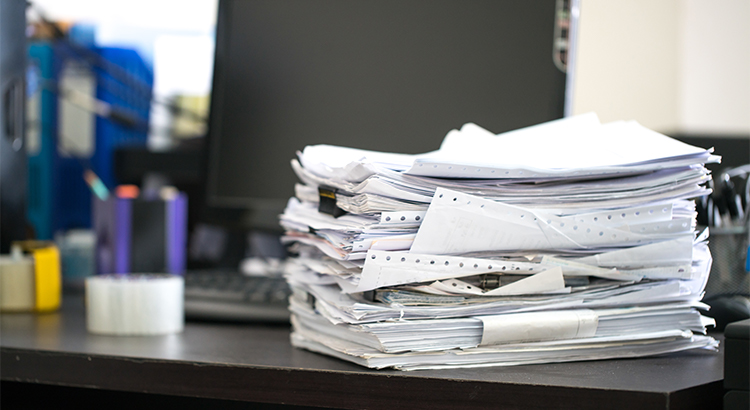 When buying a home today, why is there so much paperwork mandated by the lenders for a mortgage loan application? It seems like they need to know everything about you. Furthermore, it requires three separate sources to validate each and every entry on the application form. Many buyers are being told by friends and family that the process was a hundred times easier when they bought their home ten to twenty years ago.

There are two very good reasons that the loan process is much more onerous on today’s buyer than perhaps any other time in history.

1. The government has set new guidelines that now demand that the bank proves beyond any doubt that you are indeed capable of paying the mortgage.

During the run-up to the housing crisis, many people ‘qualified’ for mortgages that they could never pay back. This led to millions of families losing their home. The government wants to make sure this can’t happen again.  So their response was to tighten the process.

2. The banks don’t want to be in the real estate business.

Over the last several years, banks were forced to take on the responsibility of liquidating millions of foreclosures and negotiating an additional million plus short sales. Just like the government, they don’t want more foreclosures. For that reason, they have to double (maybe even triple) check everything on the application.  Banks do NOT want to  have to foreclose so they really try to avoid having a bad loan.

However, there is some good news in this situation.

The housing crash that mandated that banks be extremely strict on paperwork requirements also allowed you to get a low mortgage interest rate.

The friends and family who bought homes ten or twenty years ago experienced a simpler mortgage application process, but also paid a higher interest rate (the average 30-year fixed rate mortgage was 8.12% in the 1990s and 6.29% in the 2000s). In the 80s it was 16%.  Can you imagine a mortgage with a 16% rate?

If you went to the bank and offered to pay 7% instead of around 4%, they would probably bend over backward to make the process much easier.

Instead of concentrating on the additional paperwork required, let’s be thankful that we are able to buy a home at historically low rates.

From:   Real Estate with Faye

Serving all of Wilson County and the South Texas area

Contact me for any questions you may have about buying or selling real estate or the market conditions in your area.

Faye was very knowledgable on all aspects of buying and selling. She was available for questions anytime. Very friendly and knows a lot of people in the community.

Faye is the best!!!!
She is always available and gives you all the information you need to know about the property. She is very knowledgeable and very professional.
It doesn’t matter what day you call her, she’ll answer and will help you out.
Thank you Faye!

Faye has been an exceptional help in finding the right property for us. She is so thorough and keeps us up to date on all changes in the area as far as pricing, etc. She never fails to give complete information on every property we ask about. Also, she is more than accommodating when we need to see a property, even in a rain storm.

Faye listed our home for sale around Christmas time. The house had an offer in 2 weeks and we closed shortly after. She has the knowledge to guide you in all the aspects of selling. We feel very comfortable with her, like we’ve known her forever. She let us make all the decisions and answered all of our questions and concerns with great advice.